Extinction of Most Northerly Population of Eastern Bristlebird 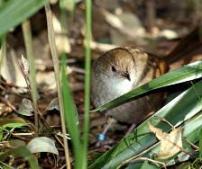 The most northerly population of the endangered Eastern Bristlebird appears almost certain to be extinct.
This week, I spent some time in the Conondale Range, in the Sunshine Coast hinterland, surveying a site which had in the past been reliable for Eastern Bristlebird, with several pairs resident in the vicinity. Not a squeak. What I did see was a large feral cat, at precisely the spot where I last saw bristlebirds in the area in the early-1990s. 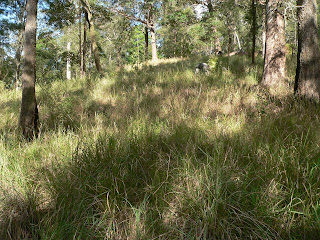 That particular spot is pictured here. I and others have tried unsuccessfully at this and other sites in the Conondale Range since the last bird was heard there in 2009. It appears almost certain that the population is extinct.
The Eastern Bristlebird was discovered in the Conondales in the early-1980s by Chris Corben. The population is distant from other populations in the Main Range and around the Queensland-NSW border, which are also threatened.
Several factors could be responsible for the bird’s demise. Feral animals clearly are a threat. One bristlebird released in the Main Range under Queensland’s captive breeding program was quickly taken by a fox.
Habitat may have been altered in ways which do not favour bristlebirds. In protected reserves in the Conondales and elsewhere, fires may be less frequent than in the past. Consequently, vegetation may have become too dense for the birds. 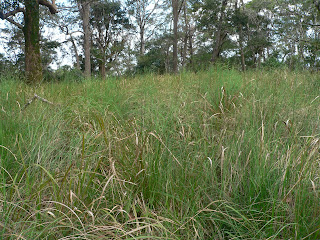 At the site this week, there was no evidence of burning in recent times and the open grassy woodland favoured by bristlebirds was choked by various weeds in parts. However, there were a few nice patches, such as the one pictured above, of the native grasses favoured by the birds. Fires in the past had not directly threatened the bristlebirds as they sought refuge in adjacent rainforest areas.

The prolonged drought through the 1990s and 2000s may have been the nail in the coffin. Following good rains over the past 18 months or so, conditions are looking ideal now; there was plenty of bird activity this week.

Whatever the cause, the Eastern Bristlebird appears almost certainly to be no longer present in this part of Australia.