Land-Clearing in Queensland: On the Brink

The fate of vast tracts of Queensland bushland hangs in the balance as a group of Cairns-based indigenous leaders led by Noel Pearson pressures the state MP for Cook, Billy Gordon, to vote against the Palaszczuk Labor Government's new tree-clearing laws.

Gordon was the indigenous Labor candidate elected for the Cape York seat in north Queensland in the January 2015 election but was forced to resign from the party soon after when details of his criminal history were revealed. He now threatens to betray the people of Cook who thought they were voting for a Labor MP by supporting moves to scuttle the tree-clearing laws by the Liberal National Party, the state farmers' peak body AgForce, and Pearson and his acolytes in Cairns. The minority Palaszczuk Government needs Gordon's vote to pass the legislation.

The legislation expected to be voted on soon reverses the gutting by the Campbell Newman LNP Government in 2012 of the Beattie Labor Government's landmark 2004 law to control land-clearing. Since Newman's move, more than 1 million hectares of bushland have been cleared, including almost 300,000 hectares in the year to June 2015 – the equivalent of 360,000 football fields. A third of the clearing took place in catchments adjoining the Great Barrier Reef.

The quantity of greenhouse emissions resulting from the relaxed tree-clearing laws rose from 16 million tonnes in 2010 to 52 million tonnes in 2014, undoing much of the reduction in emissions achieved by the federal Government's direct action policy. On just one station on Cape York, Olive Vale, a permit was issued to bulldoze 33,000 hectares of woodland that is habitat for threatened species such as Buff-breasted Buttonquail and Red Goshawk. The consequences overall of the widespread clearing for biodiversity are grave; it is likely, for instance, that populations of many woodland birds will decline precipitously, as they have in south-eastern Australia.

The new law reverses Newman's act of environmental vandalism, which allowed landholders to make their own assessments about whether or not vegetation on their land could be cleared. Newman allowed unlimited clearing for “high value” agriculture, which can mean just about anything.

Gordon's fellow Cairns-based MP, Rob Pyne, also sits as an Independent after resigning from the ALP post-election. Pyne voted with the LNP and the two MPs from Katter's Australian Party last March to defer the government's new law so it could be considered by a parliamentary committee. The move is likely to have prompted “panic” clearing by farmers and has allowed its opponents to launch a concerted campaign against the legislation. The parliamentary committee was unable to agree on a path forward, but Pyne has indicated he will vote for the legislation when it returns to parliament soon.

Leading the LNP cheer squad has been Pearson and his mates, who control various Cairns-based organisations including the Cape York Institute and the Balkanu Cape York Development Corporation. Prominent among them are Noel's brother Gerhardt Pearson and Cape York Land Council chairman Richie Ahmat. They say the Vegetation Management (Reinstatement) and Other Legislation Amendment Bill 2016 will prevent the development of indigenous agricultural and other development projects. The Government responds that such projects will be able to proceed with environmental safeguards in place.

Noel Pearson also led the charge against the Beattie Government's wild rivers legislation, which protected the catchments of environmentally significant watercourses on Cape York and elsewhere. That law was similarly overturned by Campbell Newman's LNP Government. Pearson claimed at the time he had the unanimous support of north Queensland indigenous leaders, but in fact his stand was opposed by many including Carpentaria Land Council head Murrandoo Yanner, North Queensland Land Council chairman Terry O'Shane, and Mapoon Council chairman Peter Guavara. The LNP and Pearson's mob increasingly sing from the same songsheet. 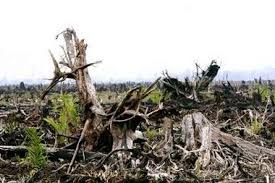 It wasn't always thus. The founders of the Cape York Land Council in the 1970s were of a different ilk. Highly regarded indigenous leaders such as Mick Miller, the CYLC founding chairman, and boxing champion Clarry Grogan, were at one with the environmental movement in opposing large-scale, destructive development on Cape York and in championing the cause of preserving the outstanding wilderness values of the region. These leaders agreed that at the same time, provisions could be in place to allow development to improve the lot of indigenous communities, and for the active inclusion of communities in environmental management and protection. Kakadu in the Northern Territory is a fine example of how conservation can work in the interests of promoting the economic and social interests of indigenous communities.

In 1984, Mick Miller wrote and narrated a documentary film, Couldn't be Fairer, about his people. The film noted the view at the time of the Queensland Graziers Association that indigenous people should be divided into “true Aborigines” and “hybrids”. The peak farming group these days is AgForce, which has joined forces with the LNP and Pearson in promoting a disinformation campaign to undermine attempts to control land-clearing, although state government figures show that the agricultural sector did not suffer during the years that clearing controls were in place. Many environmentally aware farmers oppose the stand by AgForce.

That earlier spirit of co-operation between indigenous and environmental groups culminated in the Cape York Heads of Agreement in 1996. The agreement laid the groundwork for co-operation between conservationists and indigenous communities, but how things have changed. Pearson now regards the environmental movement as the main enemy and the big developers as friends and saviours. It is not lost on observers that some Cairns-based indigenous groups have over the past couple of decades been the beneficiaries of lucrative contracts with mining companies and other developers.

Noel Pearson is an articulate exponent of what he regards as the best interests of his people, but he is also a foul-mouthed. homophobic bully. When I was a journalist with The Sydney Morning Herald, I dared to write about connections between some north Queensland indigenous organisations and big mining companies. I was subjected to a 30-minute raging rant on the phone from Pearson, during which he called me a f...ing c..t or a f...ing poofter c..t no fewer than 15 times. As has been written elsewhere, there is a deeply disturbing side to this man which the public has not largely been privy to.

Small wonder that Billy Gordon is feeling the heat. When Gordon ventured the view earlier this year that he might support the new tree-clearing law, he was immediately vilified. He was described as a “blackfella who went walkabout” on his constituents. Pearson warned Gordon that passage of the legislation would mean the “death of a thousand cuts” for indigenous communities; a ludicrous proposition. However, Gordon left little doubt in an interview with The Australian last week that he intends to oppose the bill, effectively sealing its fate.